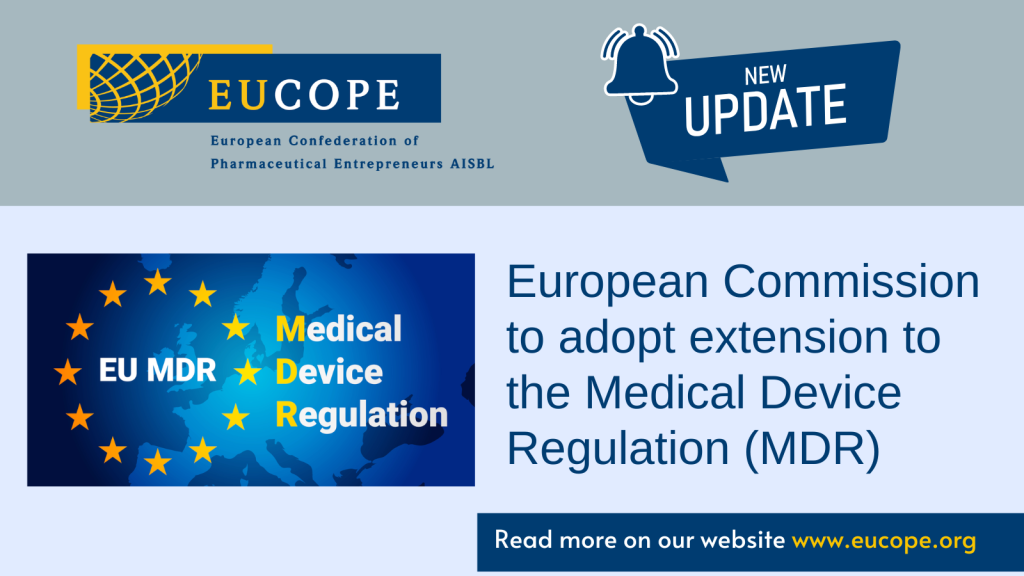 The Proposal gives more time to certify “legacy” medical devices (those covered by a certificate or a declaration of conformity issued before 26 May 2021 under Council Directives 90/385/EEC (Active Implantable Medical Device Directive, AIMDD) or 93/42/EEC (Medical Devices Directive, MDD) by introducing a staggered extension of transition periods into the new Art. 120 (3) MDR depending on the risk class of the device, namely, until (i) 31 December 2027 (from the current 26 May 2024 deadline) for class IIb implantable devices and class III devices (except for certain devices already subject to an exemption) and (ii) 31 December 2028 for other class IIa, class IIb and class I devices placed on the market in sterile condition or having a measuring function. The Proposal also stipulates that class III implantable custom-made devices may be placed on the market or put into service until 26 May 2026 without a certificate of a notified body subject to the application by the manufacturer for a conformity assessment of this type prior to 26 May 2024.

To provide legal certainty and to avoid that notified bodies are required to change validity dates of certificates, the Proposal is directly applicable and extends the validity date of certificates issued by a notified body in accordance with Directives 90/385/EEC (AIMDD) and 93/42/EEC (MDD) that were valid on 26 May 2021 and have not subsequently been withdrawn by a notified body until the new transition dates of 31 December 2027 and 31 December 2028, respectively. Certificates that expired before the entry into force of the Proposal shall be considered valid until the new transition dates if the manufacturer and a notified body have signed a written agreement for the conformity assessment in respect of the device covered by the expired certificate or a competent authority of a Member State has granted a derogation from the applicable conformity assessment procedure or has required the manufacturer to carry out the applicable conformity assessment procedure.

It should be noted that only those manufacturers shall benefit from the additional time granted who have taken steps to transition towards compliance with the MDR and therefore meet the following conditions:

The Proposal then also removes the so-called “sell-off” dates (new Art. 120 (4) MDR and Art. 110 (4) IVDR) which allows safe medical devices and in vitro devices already placed on the market to remain on the market without restriction to prevent unnecessary disposal of and adding to further shortages of devices provided that devices were in compliance with previous legal requirements under the applicable EU directives.

Due to the exceptional circumstances to prevent a public health crisis and to ensure continued and immediate access to life-saving medical devices, the Proposal will be adopted by the European Parliament and the Council through an accelerated co-decision procedure with an exception to the standard eight-week period that shall elapse between a draft legislative act being made available to national parliaments in the official languages of the Union and the date when it is placed on a provisional agenda for the Council for its adoption. There is no formal time limit for the Parliament and Council’s first reading, but we expect that these legislative bodies will adopt quickly given the accelerated co-decision procedure and the unified support from the European Parliament, Member States and stakeholders (healthcare professionals, patients, academia, scientific bodies, industry and notified bodies) for urgent adoption.

The initiative is to be seen in the context of ongoing discussions and interactions primarily in the framework of the Medical Device Coordination Group (MDCG) dedicated to notified capacity and readiness issues concerning the MDR and IVDR implementation.

[1] See guidance MDCG 2022-6 – Guidance on significant changes regarding the transitional provision under Article 110(3) of the IVDR.